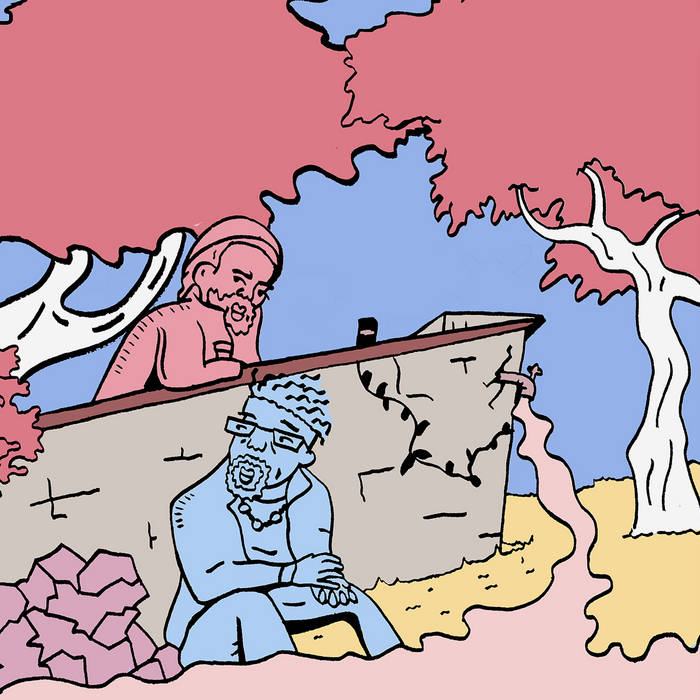 premiered at Consequence of Sound on 3/21/2016
consequenceofsound.net/2016/03/open-mike-eagle-paul-white-share-i-went-outside-today-featuring-aesop-rock-listen/

"It's a song about going outside for the first time in a while. It's from the perspective of being able to be excited about little things after not having had the strength to be around people. It's the feeling of emerging from solitude." - Open Mike Eagle

"The day Mike sent me his final vocal for this track along with Aesop Rock's verse, was the same day I'd just got this new keyboard, I was busting to try out the sounds on it and it ended up all over this song, along with me adding some chorus vocals of my own!" - Paul White

I feel so fly today
emerged from my very narrow heel-toe hideaway
my bad like what people that steal old lighters say
I told the emperor to get real clothes right away.
I'm focused enough to knit a whole sleeper quilt
and train tunnels movin’ through people like a Peterbilt
I found what all of my confident voices are
I'm feeling free 20 pounds on my oyster card
G'on 'head with my Dwayne Wayne looking ass
I want a stupid mic stand carved from a wooden staff
I'm trying to relive days that I couldn’t grab
I looked up what Lena Dunham said and I shouldn’t have.
I don’t know how I ever faced the odds
As a child I played grab-ass and shot paper wads
I matriculated up by the grace of Bob
used to licks macrame, cricket and decoupage
I'm trying to find true moments
Big Martel's cologne can blind you Hogan
The American part of my mind's too swollen
If I was a font I would hate Times New Roman
I travel light like a choir cant
A modern satellite's equipped to spy on a fire ant,
which is cool 'cause them fuckers is dangerous
I'm trying to learn to face....
fuck!

Yeah, I feel so uppity
Peter Piper picked the purple stuff before the Sunny D
Summer pants, all of my receptors up and under siege
Itchy middle fingers triple lindy out the ugly tree
Snap, Crack, show him to the closest blooming onion
reclusive koopas moving out the dungeons into gundam
money run along, sleeves up Tero on his upper arm
sneak around a thousand crows peppering the front lawn
bite a bat's head off before doors
I'll forward you the recipe bork bork
Quarter and draw everything
orbit a failing biosphere
Pioneer of pestilence my stylist is a science fair
The future primitive is skitching off the pace car
Rebel yell except for when he whistle by the graveyard
If I ain’t home wiping spittle of the space bar,
I'm trying to be the first jarred brains on a face card

Featured sounds by K.Spark and WIZDUMB, plus Basi joins the show to discuss his latest release.